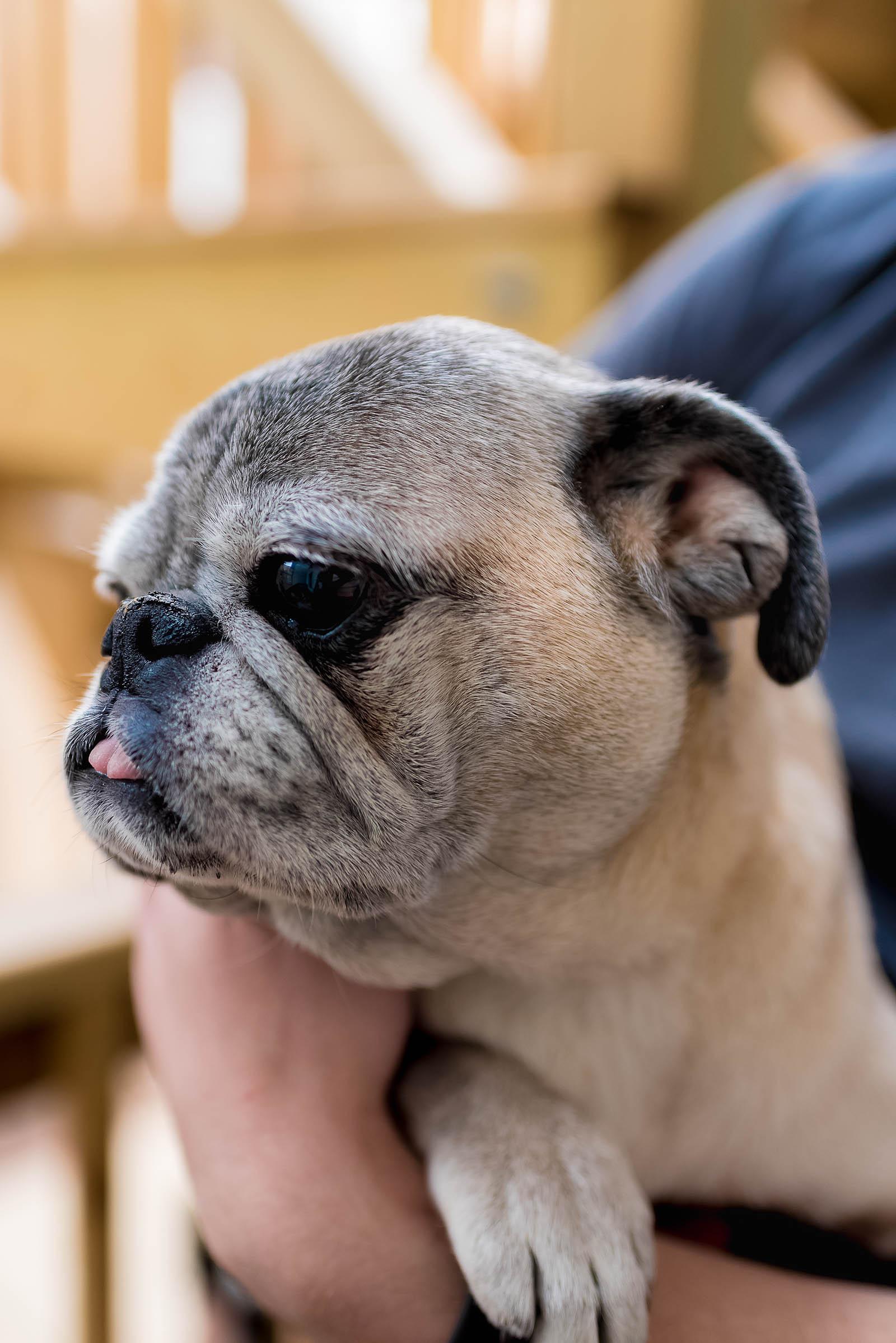 On Tuesday, my husband and I had to say good-bye to one of our very best friends, our pug Johnny.

Actually he was more than a best friend. He was our family glue, the derpy dorky monster that completed our lives in a way we never saw coming. He was — truly — our first child together. And when he went on Tuesday, we did NOT see it coming.

But Johnny has never been a healthy pup. When we adopted him from the Northern Illinois Pug Rescue in summer 2012, he’d already had three homes and had been given up each time because of his complicated medical issues.

Having what we considered a perfect (and healthy) pug in Apollo, we eagerly accepted the challenges that would come with adopting a dog with major medical needs. And from the moment we picked him up from his foster mother’s home, he was ours. He was our family. He was my husband’s first dog (I’d had Apollo since before we were dating) and from the moment they cuddled together in the car as we drove him to his new home, they were best friends.

Now that he’s suddenly gone… it’s been hard to even process how to bear the loss.

We’ve lost a lot of family in the past three years, some shocking and some expected. But this is the first time for both my husband and I that we’ve lost a family member we’ve lived with day-in and day-out for years.

The house has never felt so empty.

I won’t lie, Johnny was a lot of work, especially as he started to dwindle this past summer. He was on so many medications just to manage his issues on a daily basis. And he was on prescription food that I was constantly driving to the vet for more of. He generally, at least this past year, needed to go to the vet at least once a month, if not once a week. And needed to be carried around the house most of the time because his joints were so bad. I began scheduling my weeks around staying home with him to watch him and be with him since, after three homes, he had an endless and deep fear that we were going to abandon him too. And as he got sicker these past few months, I stayed home more and more with him. My husband and I missed opportunities, missed lots of travel, and spent many nights cleaning up vomit or nursing him back to health.

I have never met a dog who loved deeper than Johnny.

He wasn’t smart but he was simple. He’d never had a home before ours with love and you’ve never seen a creature more grateful or surprised to be loved in your life. I remember the first time he purred when we pet him. And the first time he ever made eye contact with us when we said his name (I guess none of his previous homes had spoken with him at all). I remember how content my husband and I were with our family. How deeply and how quickly Johnny became part of us.

I don’t think my husband and I will ever truly feel whole after this loss.

I am just grateful my husband wasn’t traveling in NYC for work and that we could both be there with Johnny on Tuesday when we had to say good-bye.

I don’t care how many family members you’ve lost, it really never seems to get any easier.

But I do know that normalcy helps so I promise to continue with my normal posts tomorrow. Ironically, my next scheduled post is a gift guide for pets, and while it feels morbid, I wrote the post with Johnny sitting in my lap and with Johnny’s favorite things in mind. So I’ll publish it and keep going with my schedule, if only because distractions are the only thing that takes the edge off.

But I can’t promise the next few posts will be written without tears. Or sadness (even though I may be smiling in the photos). Because nothing I say or do will bring our Johnny back and I have to admit… everything else just feels so unimportant right now. 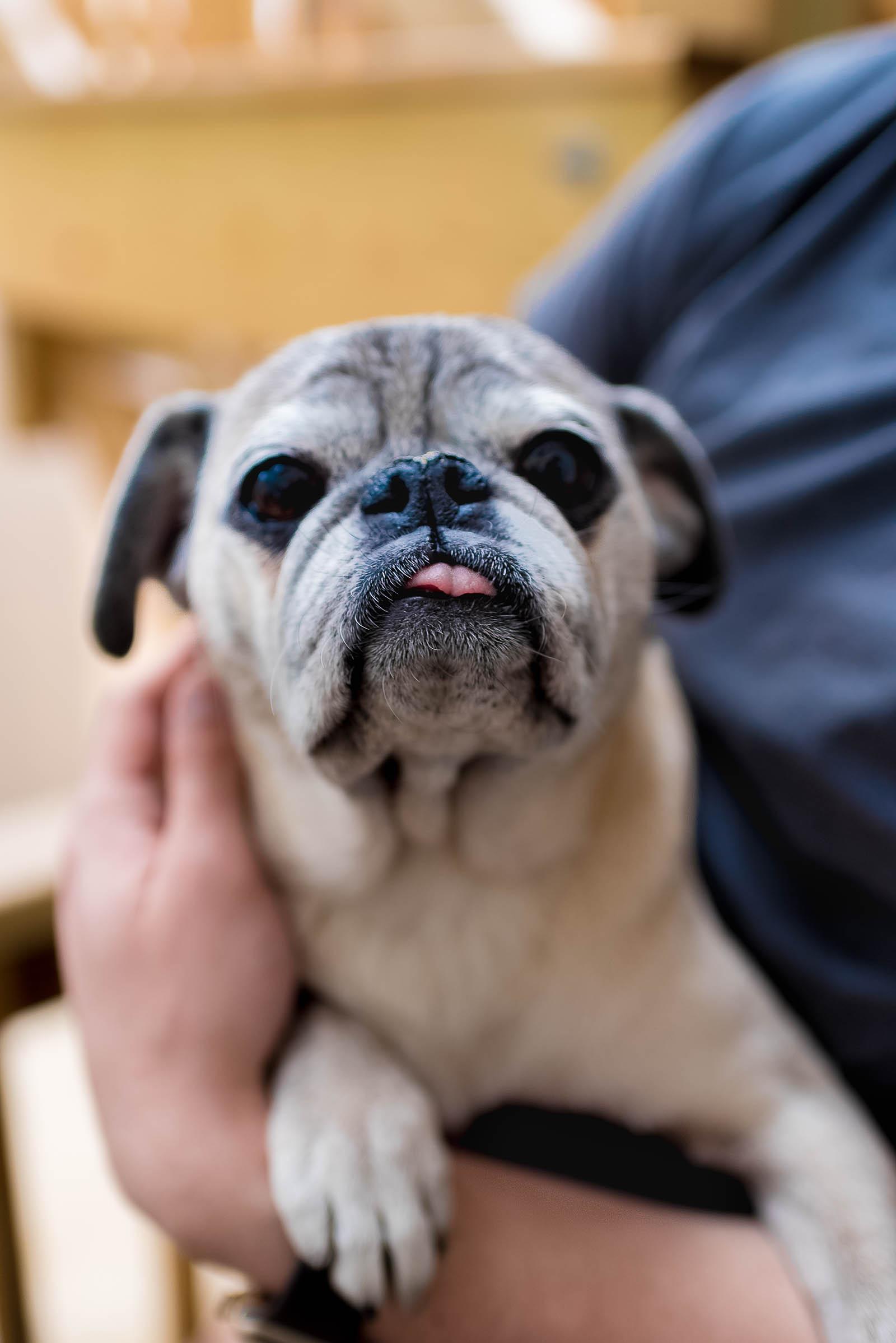 Good-bye My Baby. I will love you fur-ever.

10 Outfit Locations You Can …

Our Luxurious Stay At …