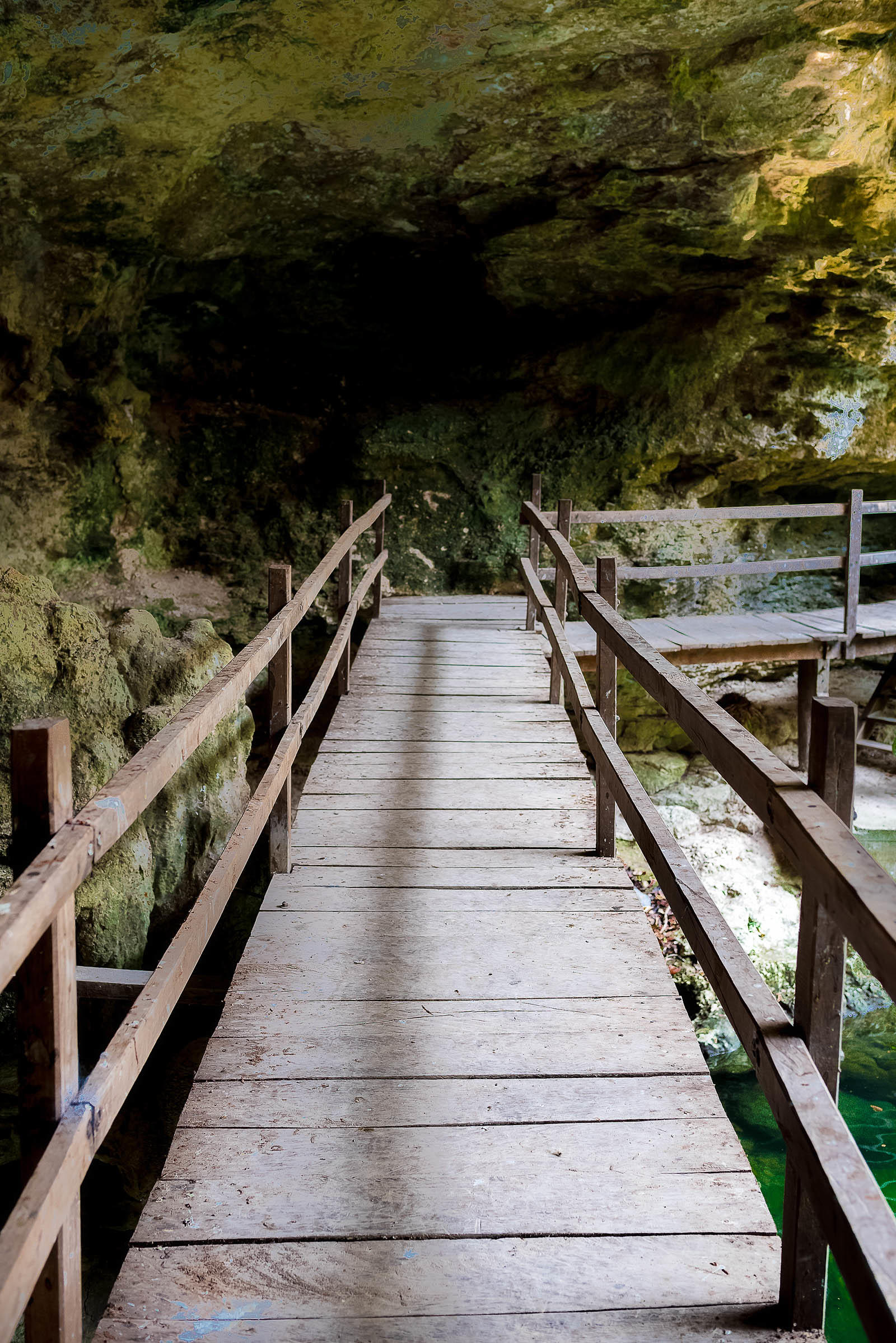 (Photo taken at the cenote in Ek Balam, Mexico)

Seven years ago today my father passed away.

Technically my grief over the loss of my father started 14 months earlier, after a stroke paralyzed him entirely on his right side and his memories became scattered and spotty. When he only remembered who I was 2 out of every 5 times he saw me.

But today is his official seventh death anniversary and it’s the day my sister and I choose every year to remember him on. We can’t help but miss him desperately still. Every year we think it’ll become easier… but the only thing 2,555 days have managed to do is dull the empty pang slightly.

Seven years feels like forever and yet just a moment. Would he like who I’ve become? I am — in the most technical way — a completely different person from the one he knew. At least since most of the body’s cells regenerate every 7 years.

And I wonder… how different of a person would he be if he’d been allowed to live these last seven years?

I can’t help but lament the things he never got to see.

Like India (he always wanted to go with me after I lived there in college).

Or the Northern Lights (at least I had an opportunity to fulfill this dream for him on my trip to Finland back in March).

I can’t help but lament the people he never got to meet.

Like my husband, his son-in-law, who he would have loved possibly even more than I do.

Or just simply who my sister and I have become as adults — the last time we saw him we were 22 and 20 years old.

I can’t help but lament the life moments he missed out on.

Like walking me down the aisle at my wedding.

Or finally retiring to his beloved cabin on the Suwannee River in Florida.

I can’t help but lament the food he never tried (my father loved food even more than I do!).

He would have loved the lamian noodles at Imperial Lamian.

And would have gone crazy for those authentic tacos I had in Mérida, Mexico.

I can’t help but lament the trips we never got to take together.

Like a train ride through Canada which were actually in the midst of planning when he had his heart attack,

Or walking with him through the busy streets of Shanghai while he orders dim sum from street vendors in his spotty Mandarin.

I can’t help but lament the books he didn’t get to read.

He would have loved the Charisma Myth like I do.

And we would have had many long conversations over Stranger in a Strange Land, The Once and Future King, and so many other works of intelligent fiction.

I can’t help but lament the movies he never got to see.

The Martian would have been one of his all-time favorites.

And he would probably have agreed with me over my frustrations concerning the last Harry Potter film.

Every single day I feel my father’s absence.

I don’t try to call him absent-mindedly anymore (I can’t tell you how many times I dialed him after he passed without thinking). And I don’t burst into tears every time I find a scrap of paper with his hand-writing on it. Usually.

But I’m always so shocked at how much I dread and hate July 8th each year since his passing. Perhaps I should try to make some really good memories on July 8ths from now on to try to counteract it. But I know the exercise with be futile. He left long before his time and no amount of distractions will ever make me forget that.

So today I plan to forge on as best I can with the tragedy this week has already held for us THIS year too. On July 4th my husband’s beloved Yia-Yia passed away in a shockingly quick turn of events. We spent yesterday at the funeral and I couldn’t help but think back to my father’s own funeral. Too many people passing in my life in such a short span (my father’s father’s death anniversary, birthday AND wedding anniversary all fall next week too). To see my husband’s Yia-Yia — the sweetest, kindest woman you could ever hope to meet — pass so suddenly in this same week has been a shock. And it’s certainly why I haven’t been able to bring myself to write anything here on the blog.

Needless to say today I’ll be pouring my sister and I each a large glass of champagne and toasting to the fact that we knew our father at all. Because despite everything, I still know I’m one of the luckiest girls in the entire world to have had the father I had. Even if I didn’t get him for nearly as many decades as I would have wanted.

I love you Dad. And miss you. Every. Single. Day.

Strike Out On New …

Opening Night at the …

Transitioning To Fall With …

Obsessing Over… My Engagement …