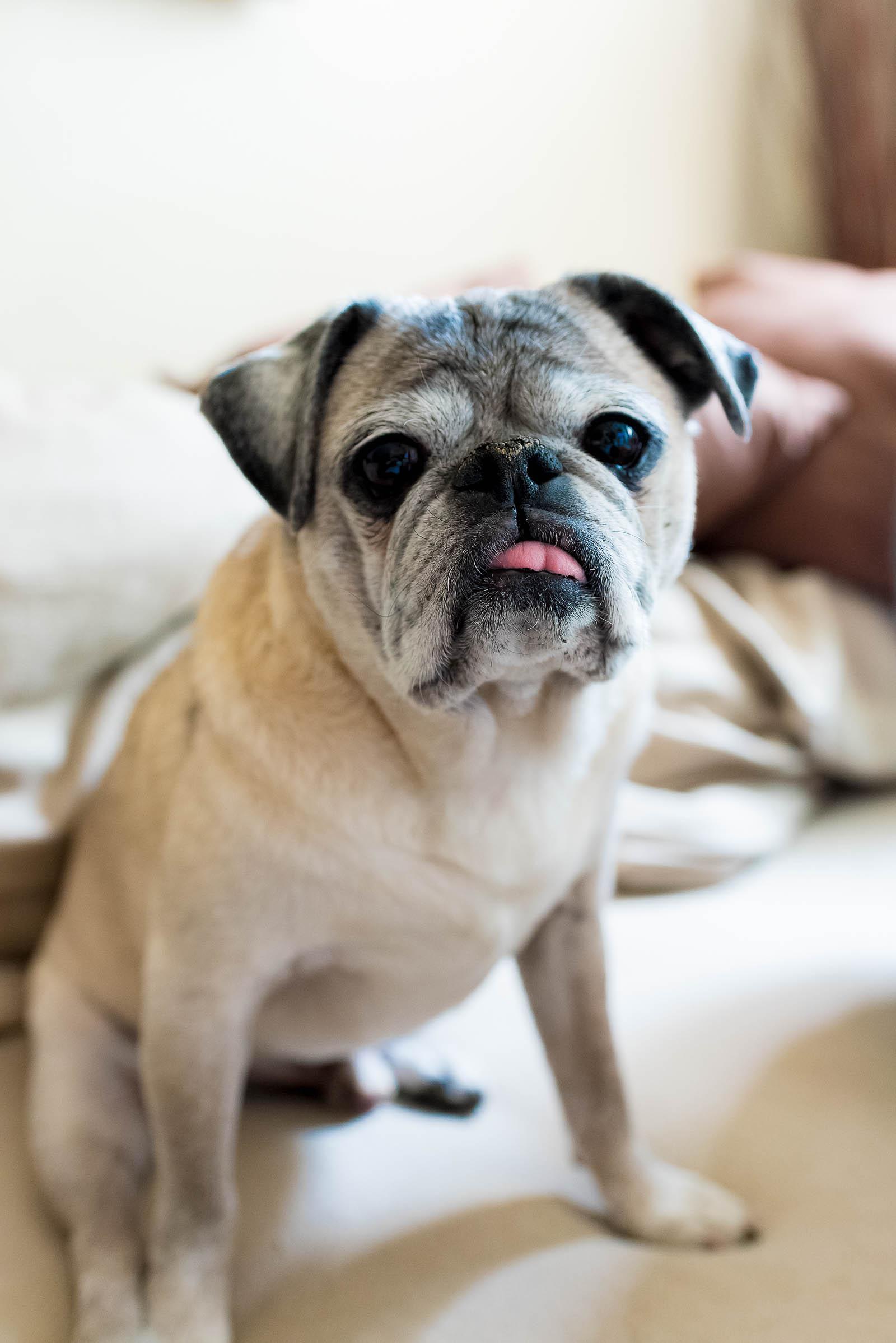 For the past few weeks Johnny hasn’t been himself.

It started shortly after we landed home from NYC at the end of June. He became lethargic and had a lot of indigestion. He walked significantly slower on his morning walks and slept a lot more than usual.

But Johnny has always had a sickly disposition — we knew that when we made the choice to adopt him from rescue — so we weren’t too concerned. He was still eating like the ravenous pug he is, still doing his business on schedule, and still demanding nightly cuddles from both Hubby and I. So slower than usual, but still normal.

But while we were traveling to Amsterdam, he took a turn for the worst. Most nights he threw up at least twice, crying in pain. And other symptoms you don’t want to know about started cropping up.

After a week of Pepcid (as prescribed by the vet) we were sure he needed more tests done. He wasn’t getting better and — in all honesty — Hubby and I were desperate for him to sleep longer than 3 hours at a time.

Monday we took him into the vet for blood work which indicated that he had a parasite which we immediately began treating with antibiotics. Easy.

But we wanted to be SURE nothing else was wrong so Tuesday (yesterday) we took him in for an ultrasound and x-ray. A few hours later we received a call that Johnny had a mass in his belly. It’s either a growth of some kind or a foreign object (more likely). So today — in just about an hour — we’re dropping our sweet old man off for the first “real” surgery he’s had since we adopted him six years ago.

I’m honestly shocked I’m so nervous about it. While we’re very confident the mass in his belly is a foreign object (he’s always been a nervous dog, being from rescue, and has a bad tendency to put lots of things in his mouth he shouldn’t), I know when I see the vet phone number calling this afternoon with the results, my heart will be in my throat.

So please sends some love and prayers Johnny’s way if that’s your thing. Or share a story below of a time one of your pets had to go in for surgery unexpectedly. I would greatly appreciate any tips or advice!

And if anyone wants to come over to play/distract Apollo from the depression that will inevitably follow his brother’s multi-day disappearance, please let me know!

How to Layer in …